Multivitamins are one of the most common supplements used in America. In fact, half of American adults are taking some form of vitamins.

According to Hopkins Medicine, this number jumps up to 70% for older adults age 65 and up. (1) That’s a huge percentage of Americans taking a multivitamin regularly.

However, are multivitamins worth it?

Interested in finding out if you should be taking a daily multi? We’re sharing the 101 on multivitamins and breaking down everything you need to know. From the benefit of whole food multivitamins, to what to look for in a multivitamin, we’re covering all the bases.

Do You Need a Multivitamin

One of the most common questions when it comes to supplementing with a daily multivitamin is if it’s necessary. Are multivitamins worth it?

While a multivitamin should not replace a balanced and nutrient-dense diet, a high-quality whole food multivitamin can help complement a wholesome diet. This is because the foods we eat are not the same as the foods our ancestors ate. Even a whole foods based diet can be void of certain important vitamins and minerals due to soil depletion. The truth is that the fruits and vegetables we are consuming have become less nutritious over the last half a century.

A study found that we would have to consume eight oranges to get as much vitamin A as our grandparents would have received from eating just one! (2)

Researchers from the University of Texas at Austin’s Department of Chemistry and Biochemistry also took a look at the US Department of Agriculture’s nutritional data from 43 different vegetables from the years 1950 and 1999. They concluded that there was a decline in nutritional value over these years. Researchers saw a decline in protein, vitamin C, B2, iron, phosphorus, and calcium. They attributed the nutritional decline to the change in agricultural practices such as pesticide use and growth rate. (3)

These two studies are bringing to light some serious facts about the soil our food is grown in. It also gives us a better idea as to why a daily multivitamin may be a good idea to fill in nutritional gaps, even if we follow a whole foods diet.

“Americans are well-fed but undernourished”

While soil depletion is a big reason we are not getting all the vitamins and minerals we need from diet alone, the Standard American Diet is a whole separate issue we need to address.

The processed, convenience foods so many Americans rely on as their sole sources of nutrition are a big cause of nutritional deficiencies. Processed and artificial foods are nutritionally void of important nutrients we need for optimal health.

Functional Medicine Doctor, Chris Kresser has stated that Americans are well-fed, but undernourished. (4) This is an epidemic in our country and an issue that many Americans are dealing with.

A study found that 31% of the US population was at risk for developing at least one vitamin deficiency. The study also concluded that those who did not take a multivitamin had a 40% risk of developing a nutrient deficiency, as compared to those who supplemented with a multi, who only had a 14% risk. (5)

What this shows us is that the Standard American Diet is leading to vitamin deficiencies, and even if we focus on a nutrient-dense diet full of fruits and veggies we still need to be vigilant.

Consider the studies we’ve referenced when asking yourself if you should take a multivitamin. It’s clear that those who use whole food supplements such as a quality multivitamin regularly are at a lower risk of deficiency.

Pair a whole food multivitamin with a balanced diet, and you can help reduce your risk of deficiency and support your overall health.

Due to the often inadequate food sources found in our daily diets, we aren’t getting all of our nutrients from foods. For this reason, we may all benefit from supplementing with a whole food multivitamin. As one research study showed, those who took a multivitamin had a lower risk of deficiency.

As always, be sure to use a food first approach, and use the multivitamin as a complement to a balanced diet.

Older adults, as well as, vegans and vegetarians may also benefit from supplementing with a multivitamin, and pregnant, and breastfeeding moms should speak with their doctor about the right supplement for them. (9) 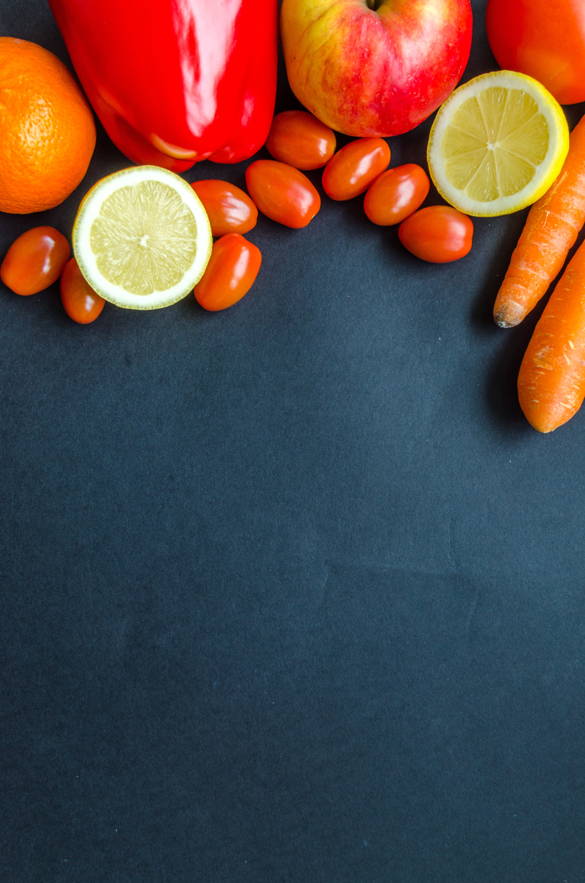 It can’t be stressed enough how central a healthy diet is to overall nutrition. Even though fruits and vegetables may not be as nutritious as they used to be, it’s still important that we include them in our diet. They provide us with antioxidants and fiber that other food sources can’t match up to.

However, since the soil many of our foods are grown in is depleted, a whole food multivitamin can help fill in nutritional gaps. A multivitamin can help ensure we are getting what we need, especially the vitamins and minerals that are depleted in our soil like iron, B2, phosphorus, and calcium.

Signs that I should add a multivitamin to my diet

The benefits of whole food vitamins cannot be understated. Below are several signs and situations that you should watch for that may warrant adding a multivitamin to your diet:

What are The Most Common Vitamins & Minerals Found in Multivitamins?

Multivitamins should contain a whole spectrum of vitamins and minerals. Below you will find information on the RDA/AI, according to the National Institutes of Health, for the most common water and fat-soluble vitamins and minerals found in your daily multi. Plus, food sources of each.

It’s important to note that while supplementing with a multivitamin can help make sure your body is getting what it needs, not all multivitamins are created equal. It’s more beneficial to choose a whole food multivitamin over a synthetic one.

What is a Whole Food Multivitamin?

What to Look For in a Multivitamin

When looking for a multivitamin, you will want to look for a handful of things. These should be your top considerations when evaluating which multivitamin will best suit your needs:

Avoid multivitamins that contain titanium dioxide. This is used as a colorant and has been linked to lung inflammation, kidney damage, and intestinal inflammation. (8)

Most people take their daily multivitamin with breakfast. However, a tip here is to take your multi with a meal that contains some healthy fats like olive, avocado, or coconut oil to help support the absorption of fat-soluble vitamins A, D, E, and K. (10) If you have a sensitive stomach, take it at the end of your day, and always check with your doctor about combining a multi with any medications you may take. They may suggest that you take your multivitamin at a different time than when you take your prescription medication.

You don’t want a multivitamin to provide way more than what the daily recommended value is. Keep in mind that you will be getting some nutrients from the healthy foods in your balanced diet as well so excessive intake of these vitamins is not necessary.

Each vitamin and mineral has its own tolerable upper intake level (UL). According to the National Institutes of Health, the UL is the maximum daily intake that is not likely to cause adverse effects. For example, the upper intake level of vitamin D for adults in 4,000 IU. So, you wouldn’t want your daily vitamin to have amounts this high.

A multivitamin for immune system health should have high amounts of Vitamin B6, Vitamin E, and of course, Vitamin C. A multivitamin with all three of these will not only boost your immune system, but it will also help support chemical reactions and help fight off infection.

There's no need to head out to the store or spend hours searching the web! Our Whole Food Multivitmain FORTIFY is here for you!

Made with 20+ minerals and vitamins that are sourced from real food, not synthetic materials, its what your body needs for real health.

Try it out today and don't forget to sign up for a recurring subscription! It'll make sure you never run out and also gives you the best deal out there since you ave 10% on each order.

Supplementing with a whole food multivitamin is a great way to make sure you are giving your body the nutrients it needs to thrive. A high-quality food-based multivitamin can help fill in any nutritional gaps.

However, remember that it should only be used as a complement to a healthy diet, and should not be a replacement for a whole foods diet.

Use a food first approach to support overall wellness, and use a whole food multivitamin as a booster to ensure that you are getting everything you need.