This article examined the effect of caffeine supplementation throughout a 36-hole golf study over the course of 2-days (18 holes each day). As an incentive for performance a $1000 purse was divided to the top finishers. 12 male golfers with a USPGA handicap between 3-10 and an average age of 34 (+/- 14yrs) were recruited as subjects. The study design was a simple yet well-respected randomized double-blind cross-over study. Breaking this down: First, the researchers randomly divided the 12 golfers into two 6-man groups, and what makes it double-blind is that the researchers didn’t know which golfer was assigned to which group. This is essential to remove the researcher bias of wanting the experiment to succeed. Lastly, “cross-over study” means that on day 1 let’s say “group A” receives the caffeine supplement while “group B” receives the placebo. On day two, it switches with group A now receiving the placebo, and group B receiving the caffeine supplement. This protocol eliminates the chance of one group being significantly more sensitive to the caffeine supplement.

Figure 1 shows a detailed timeline/workflow of how the dosing was administered and when data was collected on both days. The biggest take-away from figure 1 is that supplementation was given twice per day, once prior to warming up for the first nine holes, and then again after the first 9-holes, during their intermission. The dosing of the caffeine was relative to the individual’s body weight (bw) with ~2 mg of caffeine per kg of bw. This amounted to ~164 (+/-27) mg of caffeine per dose (328 +/-54 mg per day) for subjects that weighed ~178 lbs on average, which would be qualified as a moderate-high dose.

One of the study’s caveats is that the caffeine supplement contained more than caffeine, which included: two types of caffeine (raw and PureEnergy®), b-complex known to boost energy, sucralose (type of sugar), citric acid, and elevATP®. In this article, it said that elevATP’s function was to increase mitochondrial production of ATP. ATP is the bodies currency for energy, and only a finite amount is readily available in our body at once, and once our levels start to deplete, mitochondria is a major player in extending time-to-exhaustion. To make high precision conclusions about caffeine, you would want to find an article that dosed with a pure source of caffeine and not to mix other known performance aids. But I’m guessing that a 3rd party testing company was hired to test this specific supplement blend for another company as an effort to eliminate researcher bias discussed above.

To objectively look at performance they selected a wide variety of performance variables:

First, I wanted to note that it is interesting that the caffeine didn’t affect HR or breathing rate because in high enough doses caffeine typically stimulates the sympathetic nervous system, which includes hormones such as adrenaline. This shows that the caffeine dose was low enough not to elicit a significant sympathetic nervous system response. A major consideration to note, is that the study didn’t control against most subjects having an existing caffeine tolerance in the range of 35-300 mg per day. Since the control group wasn’t permitted any form of caffeine on one of the two days, some of the effect seen in the data could come from the negative withdrawal effects of not getting their normal dose of caffeine. A possible solution would have been to include a washout period, where none of the subjects would be allowed caffeine for multiple days prior to the study, to minimize withdrawal effects.

Secondly, the technology they used to collect biomechanics data has large sources of error due to its portability. So, it’s possible that the reason peak swing velocity isn’t significant is because the error is larger than the subtle change that occurred from the caffeine. That said, the biomechanics metrics should be considered inconclusive.

The most important metric to consider in this study is total score because for golf, this is the only variable that matters in determining a winner and a loser. All the other performance variables examined in this study can be considered sub-variables for researchers to try to create a detailed understanding of which specific part of their golf game is improving from caffeine supplementation. Looking at the full picture, I would conclude that caffeine has both a psychological and physical effect on one’s golf game. Drive distance and GIR significance reveal that the golfers are striking the ball more consistently and possibly with more power. On the psychological end, the questionnaire revealed that the golfers subjectively felt more energetic and less fatigued throughout the day, even though the energy expenditure was unchanged. Extrapolating this data to other sports, I believe that caffeine can provide benefit to anaerobic sports by increasing precision and power production, and benefits to aerobic sports by increasing overall time-to-exhaustion. In addition, caffeine has also been shown to attenuate negative short-term effects of sleep deprivation including reaction time and decision-making ability (1). 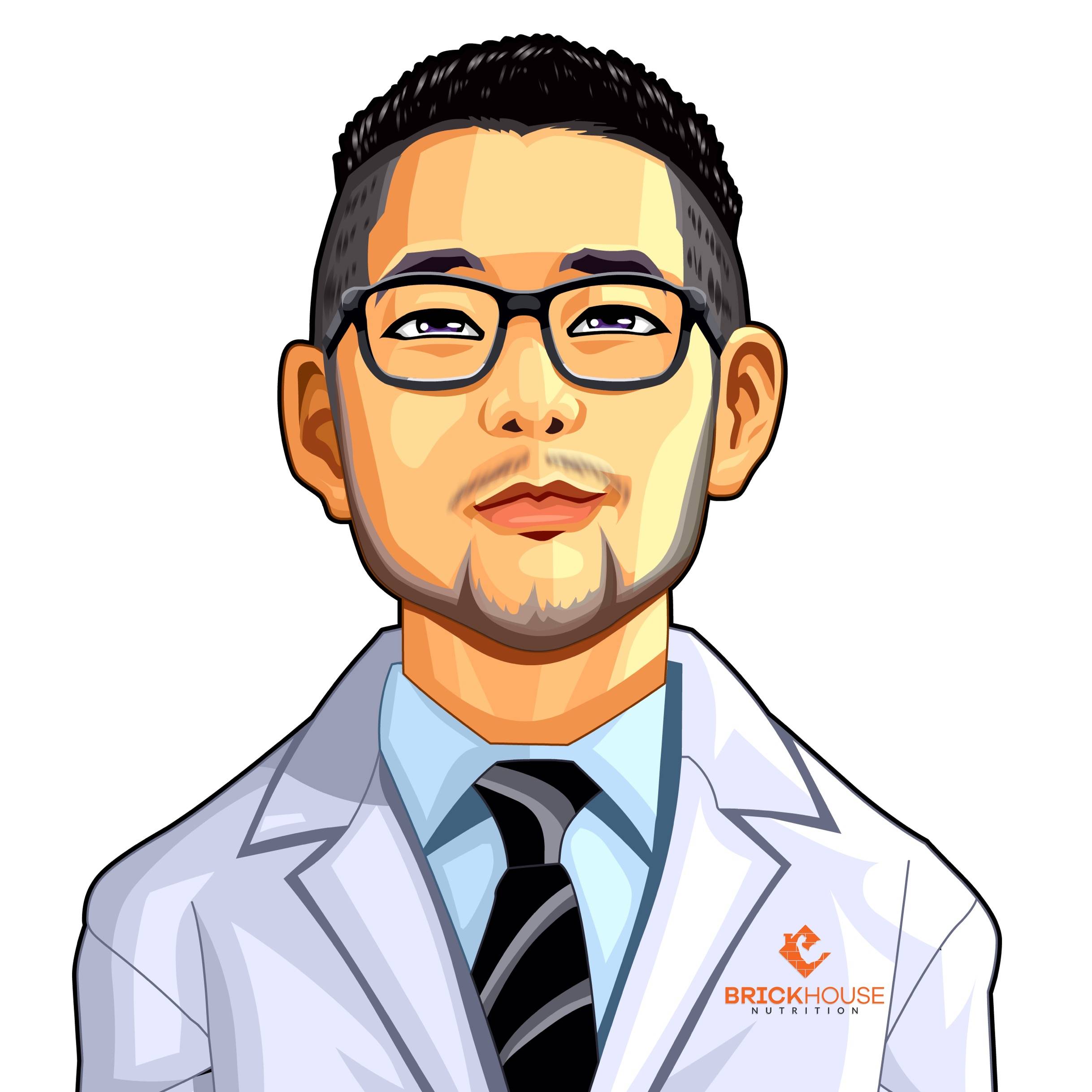 The Architect is the head doctor and the leader of The BrickHouse Research and Development Team. He has been in the supplement industry developing formulas for many companies before joining the BHN team, and consistently studies the latest ingredients to bring the best nutrition the world has to offer to our products. His number one goal is health for you, your family, and for your future generations. The Architect lives the life he preaches to everyone. When he's not developing nutritional products you can often find him enjoying a fresh round of golf or laying the smack down in the weight room.