Who likes getting older? I don’t! After the car insurance price cut in your mid-twenties, there are no more perks to increasing age until you’re eligible for the senior citizens discount at chain restaurants and movie theaters – a gap of ~40 years!

Along the silver road to said discount, there are a lot of things that take a turn for the worst. As early as the mid-thirties, athletic performance and muscle mass may begin to decline, hormones change, and just about every bodily function starts to become less efficient. This includes a number of factors in nutrition, but fear not! These are modifiable for the most part!

Here are 4 tips to keep your nutrition on par as you age to keep you feeling like a Spring daisy!

Between 35 and 45 a condition known as sarcopenia begins to set in. Sarcopenia is the loss of muscle with increasing age. As you will come to see with many of the topics in this article, this is something that starts relatively early (~20 years before it may be noticed).

Sarcopenia is due principally to low activity levels and less protein and amino acid absorption – and sometimes reduced protein consumption. In studies comparing equal amounts of protein ingested between young and old, older persons experienced a less robust increase in muscle recovery processes like muscle protein synthesis (MPS). In some cases, when the protein dose is “normal” – the amount that might be eaten in a typical meal – protein synthesis does not increase at all (1-3).

This doesn’t just lead to less muscle mass. It can also lead to prolonged recovery times, which is a BIG deal. Moreover, sarcopenia is best prevented by beginning with more optimal quantities of muscle mass heading into old age.

What can you do about this? All of the recommendations are along the lines of eating more protein. Here are 3 tips. 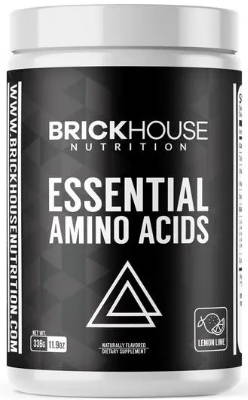 You’ve probably been hearing this for your entire life – and that’s saying something! I joke, but this is something commonly said is necessary for people with advancing age that is not always true.

The reason behind the recommendation is that older people move and exercise less – not true with athletes! Observations of older individuals indicate that metabolic rate (daily calorie burn) decreases as people get older, but this is also a function of exercising less (8).

A comparison of young and old persons that were either sedentary or active show that exercise preserves many of the metabolic characteristics of youth. Specifically, active younger and older men have equal increases in thermogenesis due to eating, and a low metabolic rate is only observed in elderly men who are not exercising (9).

Thus, you should still eat according to your activity level. This may be true up until you are in your eighties (9). This may not be as easy, though, as we’ll see in the next section!

You may consider, however, increasing your focus on resistance training. Comparing young individuals to runners, swimmers, and strength-trained elderly (~69 years of age) showed that the weight-trained elderly had equal muscle function and size to the younger individuals, yet the swimmers and runners had a 20-45% reduced muscle function and size in 8 of the variables measured (10).

Maybe you’ve noticed by observing your own parents or grandparents, older people don’t like to eat. My mother used to say of her mom, “she eats like a parakeet.” This is part of the reasons sarcopenia and loss of function occurs – too few calories and other nutrients are consumed, so the body can’t maintain its status quo.

Loss of appetite may become common (11) and there are only a few things that can be done about it beyond being conscious and eating more than you may be content with.

Changes in hunger hormone levels and pleasurable sensations from food are affected by advancing age (12). Not a whole lot can be done to alter this (apart from exercise of course, which we know you’re already doing). However, hunger is also affected by psychosocial parameters that are modifiable.

Common in elderly are mood disturbances, such as depression, apathy, loneliness, and environmental changes. Each of these factors decreases appetite, so it is important to keep up your social health (12). This is easier said than done, and it may not become relevant in your forties, fifties, or even sixties, but when the seventies, eighties, and nineties creep in, keep this in mind.

Also keep an eye on your fluid intake. Thirst detection is controlled by the brain, but these receptors become desensitized with old age, and this can be coupled with impaired fluid regulation by the kidneys, leading to an even worse situation (13, 14).

Experienced athletes don’t need to be told twice that dehydration is bad news bears, so I won’t harp on this point too much. Drink enough water and other fluids to stay hydrated and prevent fatigue and loss of function. 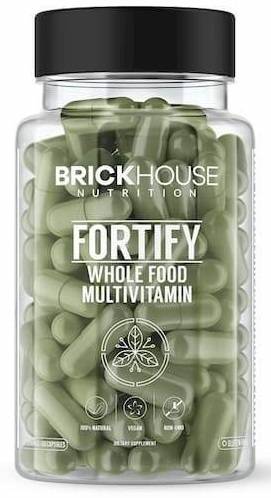 One of the compounding factors of poor aging is decreased food intake alongside increased micronutrient needs making it exceedingly difficult to maintain good vitamin and mineral status.

Intestinal absorption of calcium, potassium, iron, vitamin B12 and other nutrients are impaired in seniors (15-20). Increasing intake is required to help combat age-related micronutrient deficiencies and diseases.

Without going into details on each individual micronutrient and their effects, here are a few quick facts. Vitamins and minerals can help prevent:

To correct and prevent nutrient deficiencies, you can increase fruit, vegetable, meat (especially liver), egg, fish, nut, and whole grain consumption. Fruits and vegetables are no strangers to this list, but animal products are rich in A, B, D, E, and K vitamins and minerals like iron. Liver meats have high quantities of nearly all vitamins and minerals – they are like nature’s multivitamin – and fatty fish are great sources of heart-protective omega-3 fats. Nuts have an abundance of minerals and vitamin E.

Another option is to take a multivitamin and cover all your bases. One thing to make sure of is the multivitamin has a full spectrum of nutrients. Many popular multivitamins are missing some of the less known or less popular micronutrients such as iodine or copper. Here is a complete list:

The Bottom Line On Aging And Nutrition

Don’t let age hold you back. Keep eating like a champion with minor adjustments and increased consciousness and you can keep it up for a very long time. The major nutritional factors are to increase protein intake, increase vitamin and mineral consumption, stay hydrated, and make sure to eat enough calories (but not too much, as usual).

How Many Essentials Amino Acids (EAAs) Are There?